I Was Dismissed from the Hero’s Party Because They Don’t Need My Training Skills, so I Strengthened My [Fief] Which I Got as a Replacement for My Retirement Money Bahasa Indonesia

Ikusei Skill wa Mou Iranai to Yuusha Party o Kaiko Sareta no de, Taishoku Kingawari ni Moratta "Ryouchi" o Tsuyoku Shitemiru, I Was Dismissed From the Hero's Party Because They Don't Need My Training Skills, So I Strengthen My "Fief" Which I Got as a Replacement for My Retirement Money, 育成スキルはもういらないと勇者パーティを解雇されたので、退職金がわりにもらった【領地】を強くしてみる

It feels like I (27 y/o) who specialized in [Training] skill was no longer necessary for the Hero’s party which has grown stronger for a certain degree. At first, I was the center of the party but in the end, the hero dismissed me from the party. However, because I have「Made a great contribution to the party until now」, I received a small「Fief」instead of retirement money. As my heart felt the loneliness of leaving the adventures front-line and heading to my territory, I thought something after seeing the seven villages with their 2500 population. My thoughts are the following… I wonder if I train these people, won’t my territory become strong enough that could even defeat the demon lord? 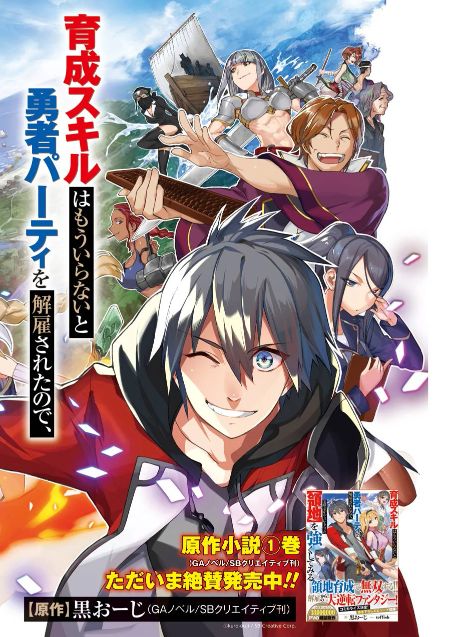