While many of us would probably scream at even the thought of a ghost being near us, Freshman Nimura Kensuke just thinks of it as a common everyday thing, seeing as how he has the uncanny ability to see so many of them on a daily basis. Things soon heat up for him when he meets a girl who changes his life from then on. Her name's Kagura, and she has the power to summon a mighty "spirit devourer"--otherwise known as a "Ga-rei"--called Byakuei. So, what's Nimura to do? Chase down the evil spirits and have Kagura summon the Ga-rei to devour them, of course! Now, come feast on their adventures like some ravenous Ga-rei! 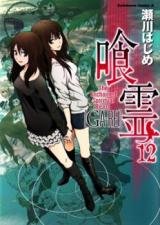