Saphate is the second son of the Greed noble family. He hates the way his clan squeezes the money from the population and the way it wastes it and when he went to oppose his family's way of act, he's kicked out. Although he lost his job at the Magic Academy and become a wanderer, he managed to live normally with his former elf colleague and a cat maid that worked for his family and that left her work for following him... This is a story that narrates his everyday life 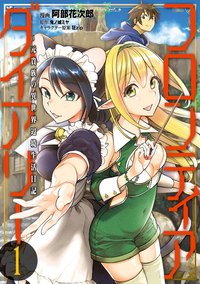