In the warmongering nation of Erebonia lies Thors Military Academy, a premier institution attended by both the nobility and the common folk alike. Rean Schwarzer, a new first year, learns that he, along with eight students of wildly different backgrounds, have been selected for the experimental Class VII - a new class in which the established social hierarchies are not recognized. But tensions are high in the Empire, and Rean and his new classmates may soon find themselves embroiled in conflicts far beyond those of the classroom. Based on the game Eiyuu Densetsu - Sen no Kiseki (The Legend of Heroes: Trails of Cold Steel) by Nihon Falcom. 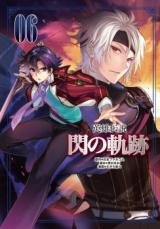