Belca Noctircus is the son of a commoner and the King of Noctircus. He is the third prince in the royal Noctircus family and is third in line for the throne. Soon after coming back from abroad, his brother and the crown prince of Noctircus, Hector, reveals his amibition to create peace with the Amonel, a race considered to be monsters but mysteriously dies from a chronic disease. Belca and his other older brother, Orcelito discovers the conspiracy behind Hector's death and Belca is nearly killed because of it. However, he is saved by a wandering bard/scholar named Eco. Meanwhile Orcelito is taken by Lagen, whose son, a young nobleman, locks him up and manipulates him to do things by Lagen's bidding and wishes. 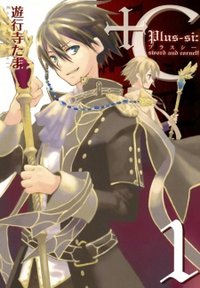