The story of a slave called Zion, set in a Middle Eastern land. He is training to be a great necromancer, capable of fighting on even ground with Knights, in order to have his long-awaited revenge as one of the four chosen children of Kronos. He became a slave of his own accord to achieve his goal. What has God chosen as his fate or was it chosen by the devil? 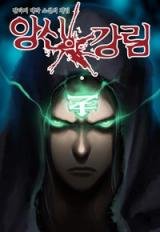