Abide in the Wind Bahasa Indonesia

Abide in the Wind, 바람이 머무는 난, Abide by the Wind

One day, a young glider technician crashes into a strange tree that turns out to be the nest of the last dragon on Earth. The technician accidentally bonds with the dragon's powers after she and the dragon fend off a weapon used by knights hunting the "Dragon Pearl," an item that holds the life and powers of a dragon. The technician finds out the Dragon Pearl has temporarily fused with her body and the dragon will die if they separate. So begins the story of how the dragon and the technician survive the onslaught of knights and villains while dealing with the strange events and moral differences that come from inter-species friendship... Or is it something else? 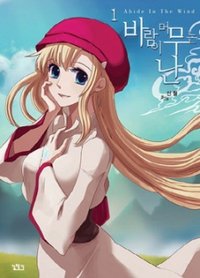