From :It is the year 2100 A.D., and humans have developed a virtual reality game with a realism level of 99%. Feng Lan, due to a bet with her twin brother, vows to succeed in playing the game without using her "female benefits." Due to this, she becomes the first and only female to play as a male character in "Second Life." As her infamy rises as a bloodthirsty warrior, can she keep her identity a secret from her real life acquaintances whom she has beaten up? 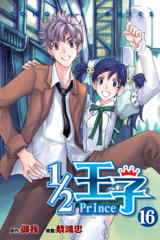